The ranking system in Trackmania 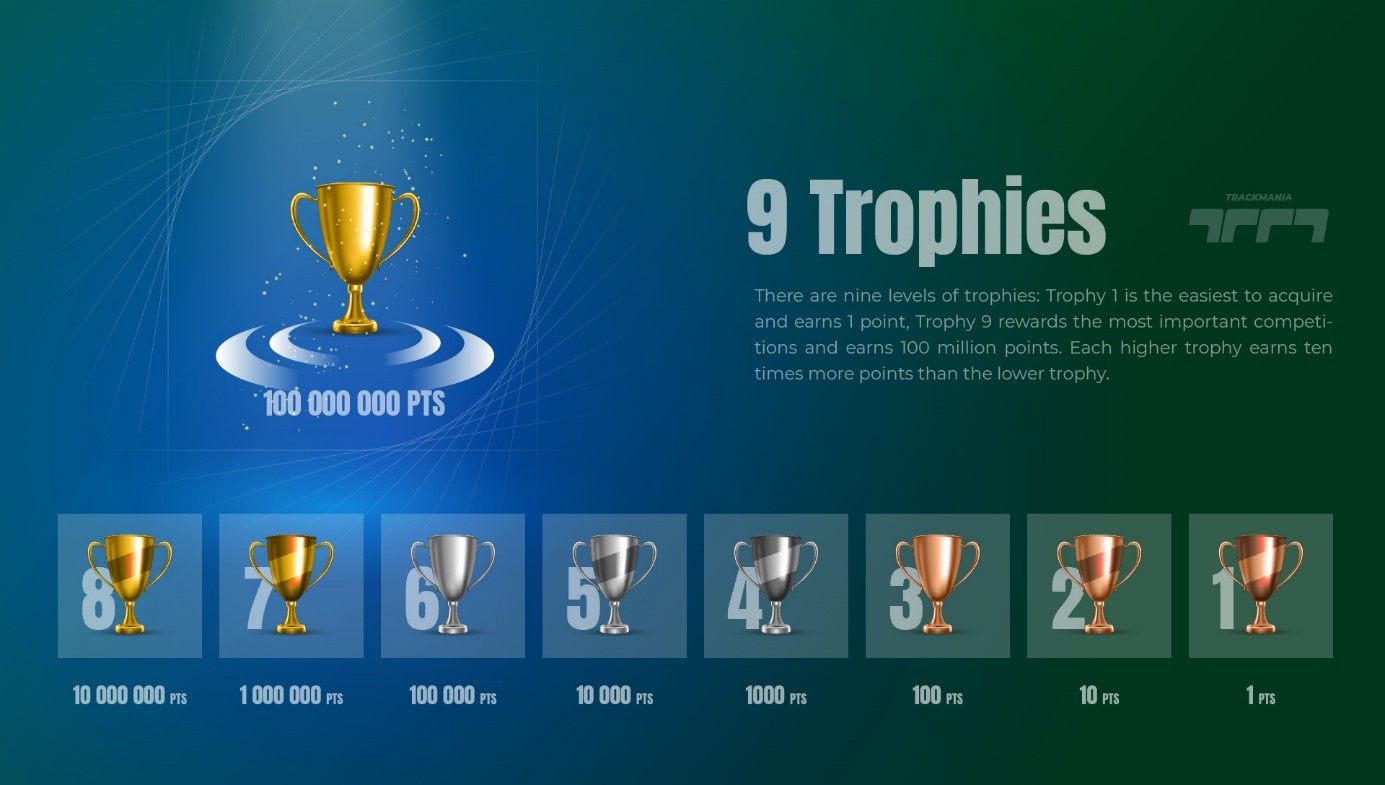 Today we will be presenting you the new ranking system available on July 1st!

There are no unranked races in Trackmania. Whether you play solo or multiplayer, you can win trophies at any time and climb the world rankings. Progression is constant; every trophy you win is acquired and cannot be lost.

The trophies acquired in Trackmania illustrate your success in the game, whether in the official quarterly solo campaign, club campaigns, multiplayer rooms, community events, or events organized by Ubisoft Nadeo. The distribution of trophies may change in the future so as not to give more advantage to one game mode over another. We want to set up a fair system for all Trackmania players.

There are nine levels of trophies: Trophy 1 is the easiest to acquire and earns you 1 point, while Trophy 9 is a reward for the most important competitions and earns you 100 million points. Each higher-level trophy earns you ten times more points than the trophy just below it.

Each trophy contains a defined number of points; the game ranking is based on your total number of points. Points from each new trophy are added to your previous point total and will rank you in relation to players from all over the world.

All Trackmania players are ranked in 10 categories: from unranked to World 1, which contains the ten best players in the world. These levels are based on the points of players from all over the world. Over a given period you may win trophies and points, but if your opponents have won more, you may still lose a rank.