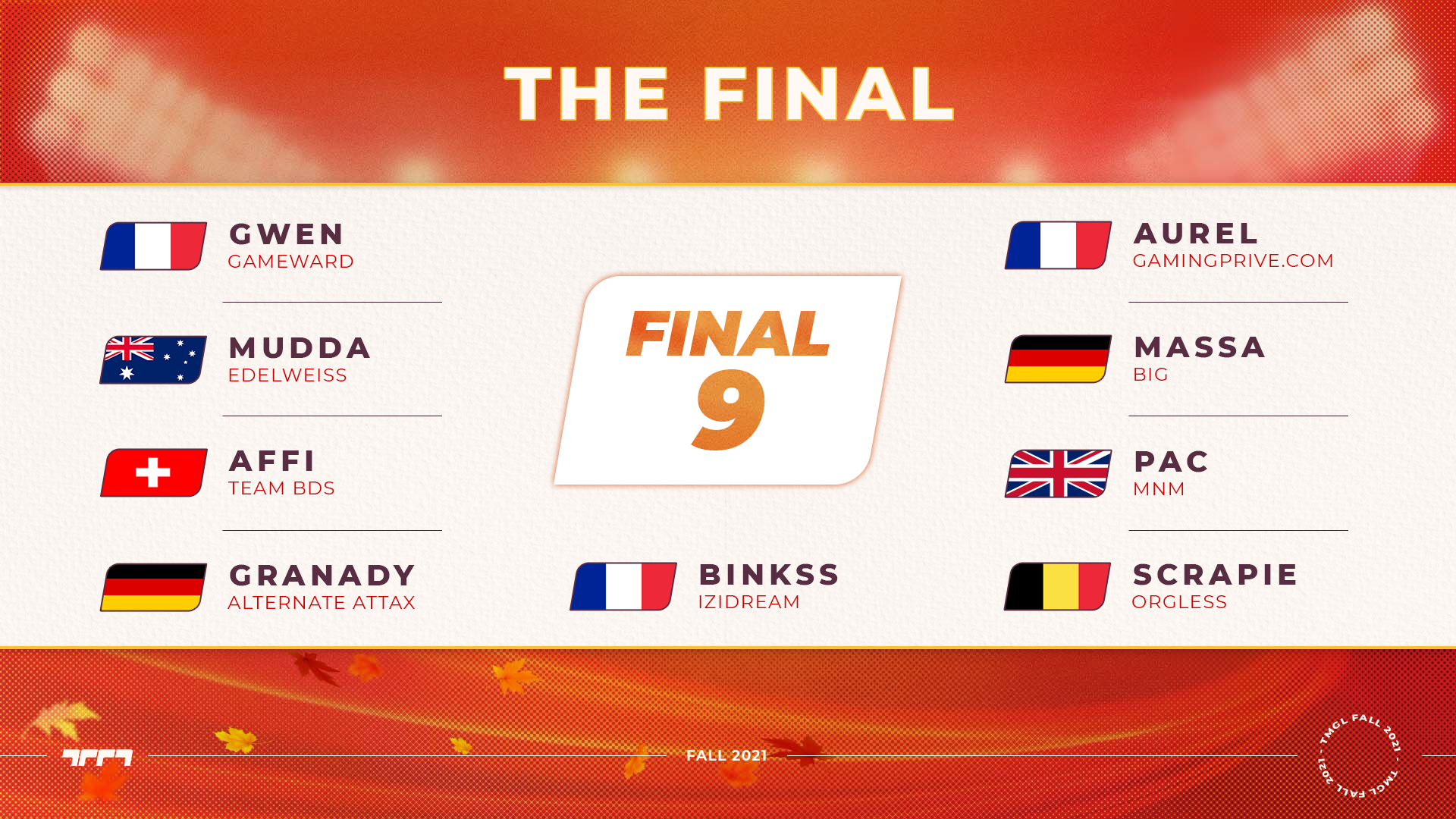 Who will be your Trackmania Grand League Fall 2021 champion? The 9 best players of the season will face each other in The Final this Sunday, December 19th.

For the past two months, the 16 best Trackmania players in the world have been battling it out every Sunday. The Trackmania Grand League Fall 2021 is the most competitive season we have ever seen in the history of the competition.

Out of the 16 registered players, only the best 9 have secured a place in The Final!

The Final will take place this Sunday, December 19th from 5 PM CET. Watch the competition and support your champion directly by joining their team livestream on Twitch. Each player is followed by their own streamer in addition to the global stream which is hosted by Wirtual. All streams are available on https://www.trackmania-grand-league.com/watch/.

CarlJr won the last 3 Trackmania Grand League seasons and the 2021 World Cup as well. But the competition is more open than ever! New talents have emerged at the top of the ranking this season with very small gaps between players throughout the 8 weeks of competition!