Binkss wins Step 5, GranaDy back at the top of the ranking 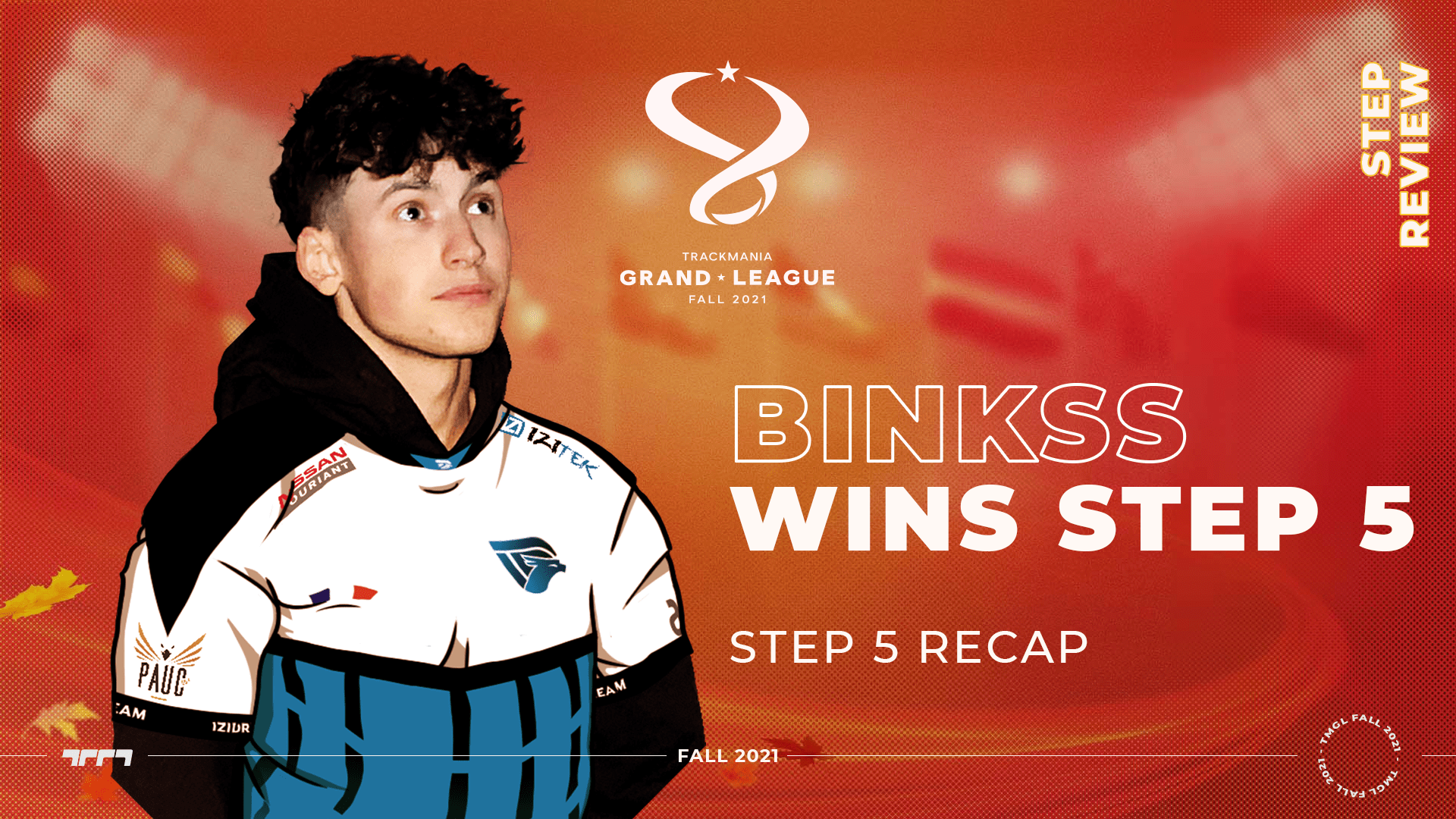 Binkss didn’t crack under the pressure. The rookie took the x5 multiplier round win and scored 225 points to secure the step win. Thanks to his great night, the young IziDream driver is now 7th with a total of 509 points.

GranaDy is the new TMGL leader. The German rookie secured a x2 multiplier round win and added 112 more points to his mark. GranaDy now has 683 points.

Previous TMGL top scorers had a difficult night like Aurel, Massa, Affi, Mudda and Scrapie who weren’t able to win a multiplier round. Mudda still scored 79 points thanks to a great performance on 6-lap maps while Affi decided to take many risks on this step with a withdraw on a x2 multiplier round aiming for a bigger multiplier. Sadly, it didn’t pay off for the Swiss player.

Pac (518) and Binkss (509) both climbed into the general top 8 thanks to their wonderful step 5 performances and Mudda (487) is now the player at risk in 8th place.

With 3 steps to go, everything is still possible. Scrapie (478) and Papou (453) are only a few points behind the qualifying top 8. Both CarlJr and bren have a total of 385 points. tween (220) is climbing to the 13th place, scoring his first multiplier round in step 5. The Slovakian is just ahead of two former Trackmania World Champions, Spam (205) and Kappa (184) while the rookie Worker is closing the ranking at 153 points.