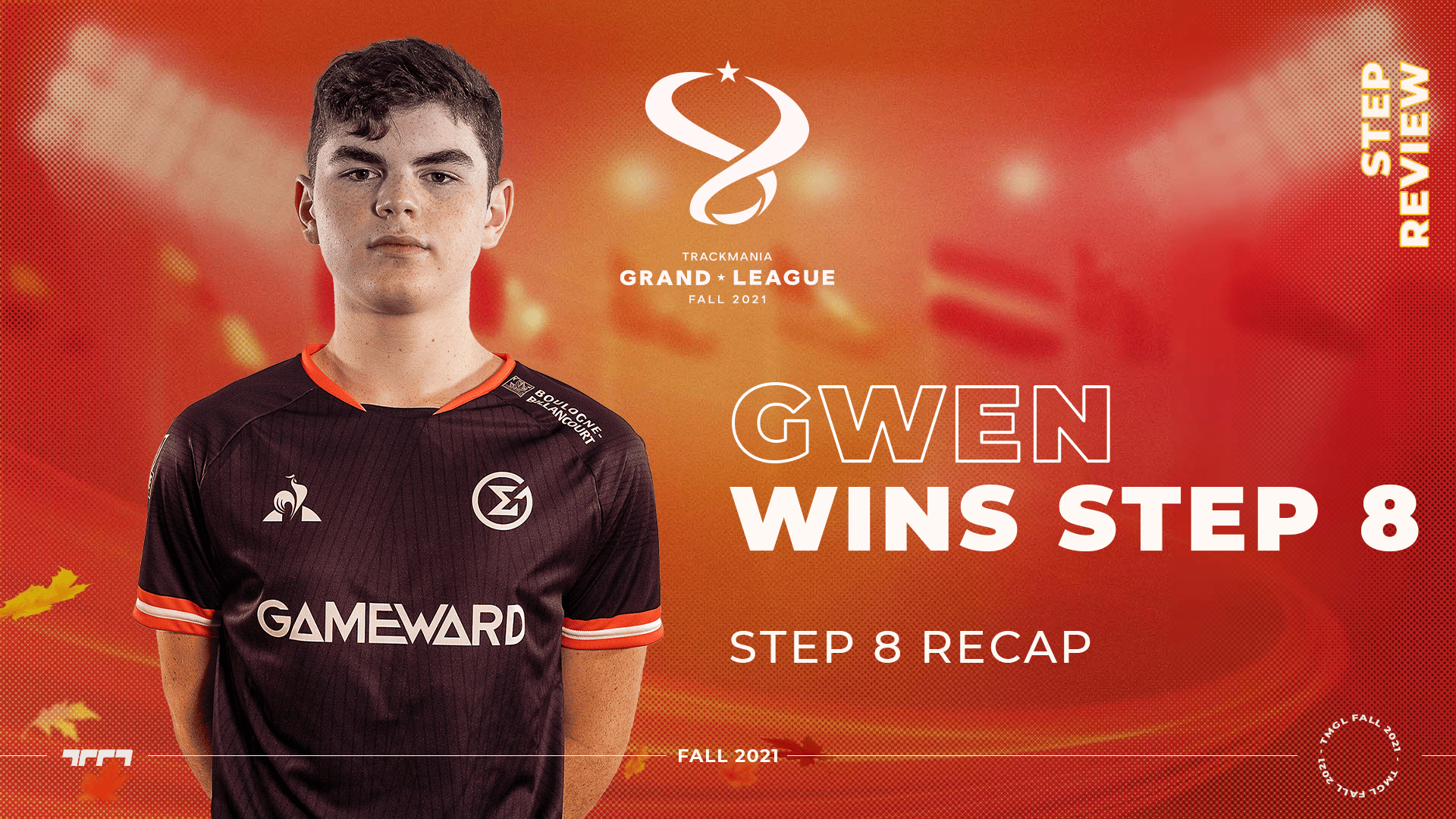 Gwen wins the TMGL Fall 2021 regular season after a thrilling last step. This is the second regular season win for Gwen who already was the Fall 2020 regular season winner. The youngster’s step 8 was almost perfect with 94 points after the first 4 maps and a x4 multiplier round win. The GameWard athlete who was only 14th before step 4 did a stunning second half of season and a great comeback. Gwen wins the season with 1134 points.

Mudda also showed an impressive pace on the two last steps. The Australian player scored 231 points thanks to a x3 round win and climbed at the 2nd place in the ranking with 1056 points. Affi is 3rd, only 2 points behind Mudda. The Swiss driver took a x2 round win like GranaDy who finished 4th (998).

No multiplier this week for Aurel, who secured the 5th place (858) just in front of Massa (846). The German will take part to the TMGL final for the first time!

Pac stayed 7th with 733 points and Scrapie complete the qualifying top 8 with 717 points. It’s a last-minute qualifying for Scrapie who beats Binkss (698) and Papou (696) on the line.

bren failed to climb into the top 8 with a risky strategy. He said no to a x2 round win but unfortunately didn’t win any future multiplier round. He is 11th with 666 points.

Spam is 12th (644) thanks to a x5 round win which saved the Alliance player from a possible relegation. The 2012 World Champion overtook CarlJr (13th) in the standings who will play the Head-to-Head against Worker (16th). tween (14th) and Kappa (15th) will face each other on January 9th.