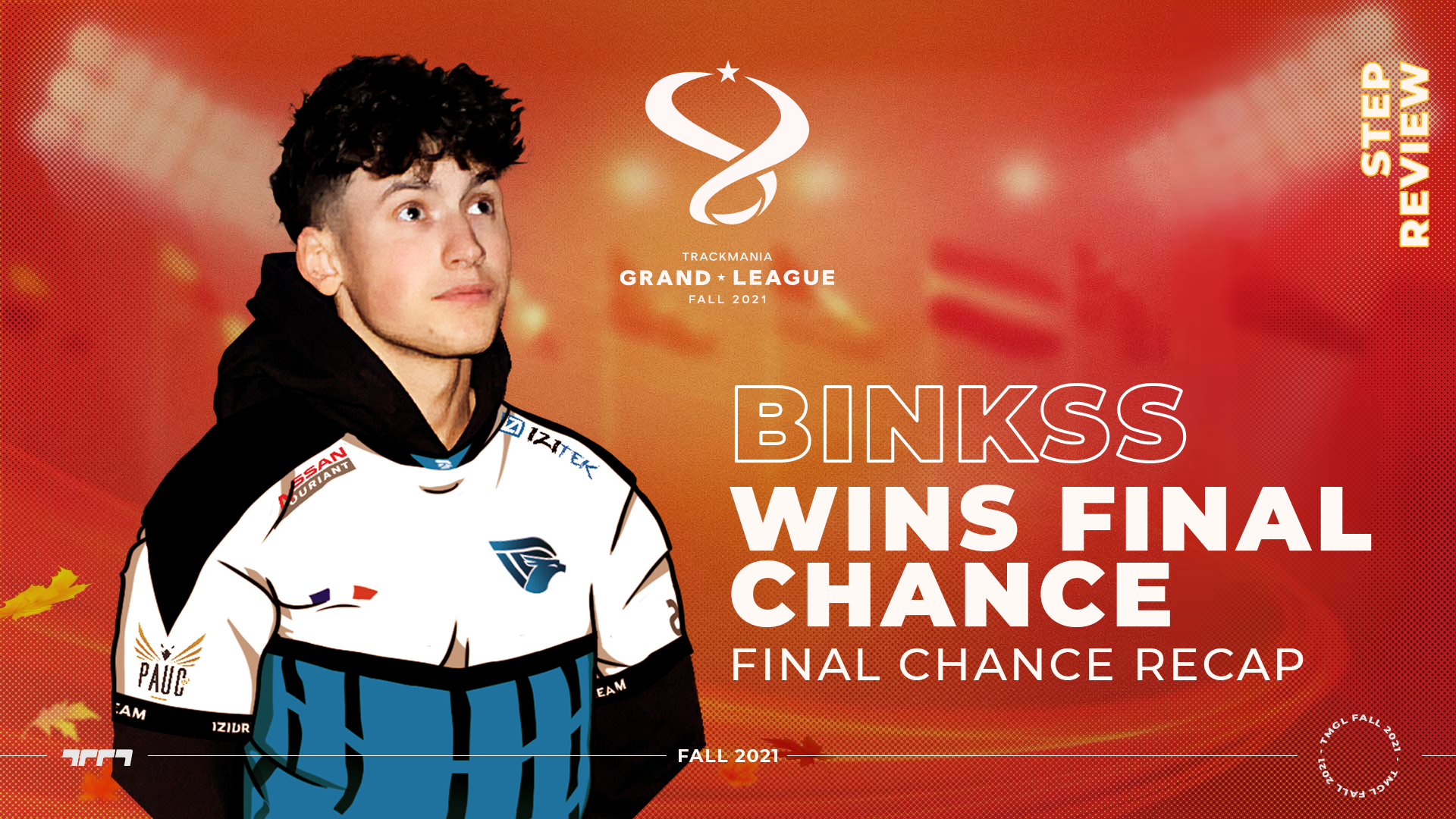 Binkss managed to take the win in the Final Chance, beating bren in a breathtaking Final 2. Binkss will be the 9th finalist on Sunday December 19th.

The Final 2 between bren and Binkss is unquestionably one of the best matches in the Trackmania Grand League history. It was a difficult start for bren who made many mistakes on map 1 and lost map 2. The Karmine Corp player never gave up and won the two following maps, beating Binkss who missed his chance to close out early.

The 5th and last map was a thriller. Both players made very few mistakes and everything was decided in the last round with a final win for the rookie Binkss.

Binkss, who finished 9th in the regular season, will join The Final on next Sunday.

Every match was very intense with many close fights. Spam and tween reached the Final 4, Kappa and Papou were eliminated in the Final 6 while Worker was stuck in Final 8.

CarlJr didn’t play the Final Chance but the Canadian player will be back for his Head to Head against Worker on January 9th. The other Head to Head will feature Kappa versus tween.

Next step: The Final on Sunday December 19th with these top 9 players from the regular season to know who will be your TMGL Fall 2021 champion!