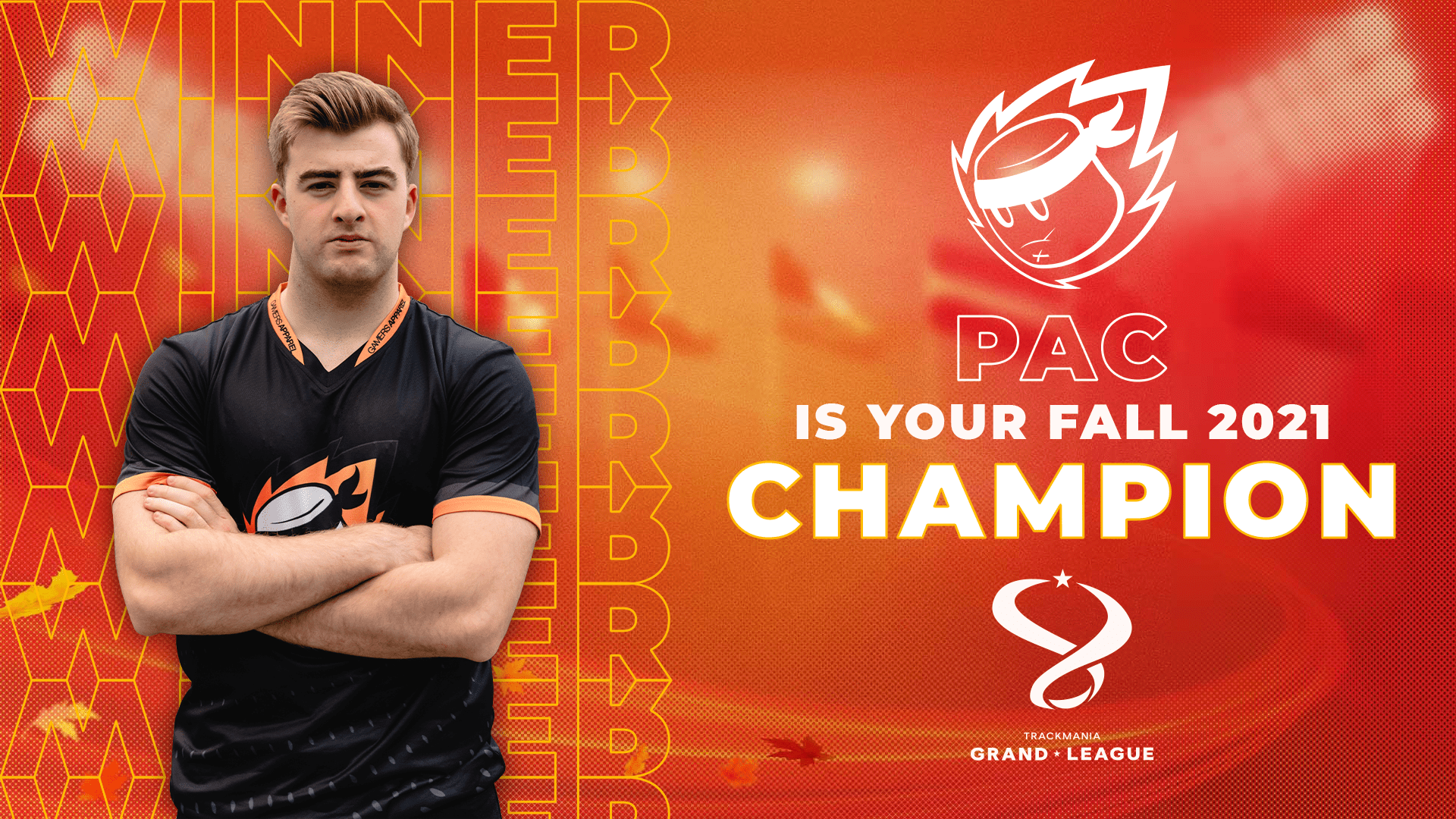 It was a very exciting final once again. With the 9 best players of the regular season, this final was very intense with many close fights.

Affi takes the second place. The BDS player did an amazing performance all night long. He won the two first maps of the Final 4 to secure his spot into the last phase and showed fantastic pace.

Scrapie is 4th, reaching the Final 4 for a second time in a row. The Belgian player reached the top 4 after an epic last round against Mudda and Aurel who both were under the finalist status. The players from Edelweiss and GAMINGPRIVE.COM are 5th and 6th.

This result is a miracle for Aurel who won 4 rounds in a row in Final 9 to finally beat GranaDy, Binkss and Massa. These 3 players complete the top 9 of the Trackmania Grand League Fall 2021.

To know who will be the players for the next season, don’t miss the Head-to-Head phase which will take place on January 9th. Worker will face CarlJr, and Kappa will play against tween. The loser of the first match will meet mime or Haedra from TMGL:C while Kappa or tween will face either Otaaaq or evoN.