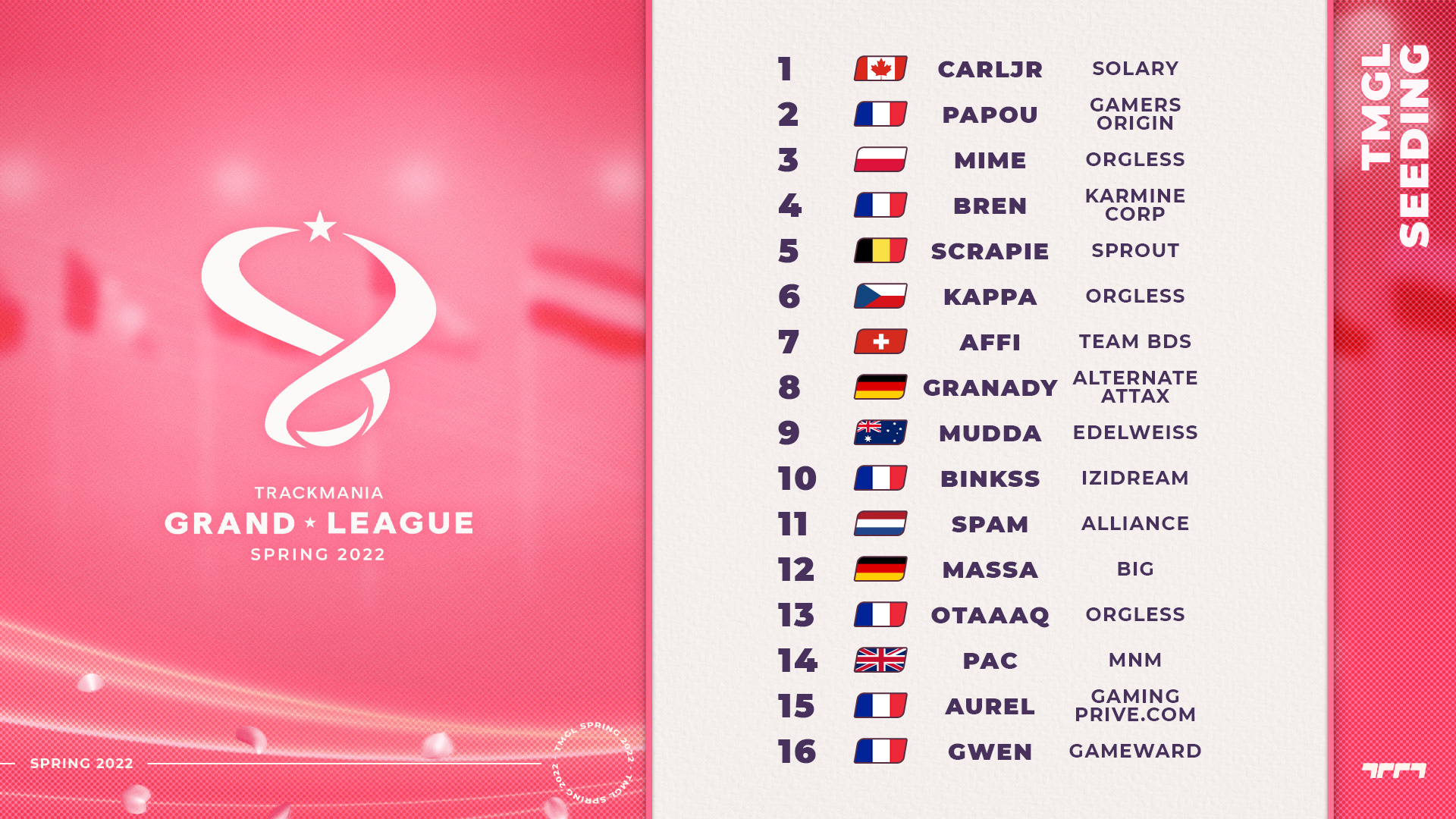 CarlJr is back at the top level! The Canadian player won all his 3 seeding matches and will be seed 1 for the upcoming Spring 2022 season. Impressive performance as well for Papou who also won all his matches. The GamersOrigin athlete is 2nd.

The newcomer mime took the 3rd place with only one match lost (against CarlJr), beating bren in the tie breaker who is 4th. Scrapie is the last player who only lost 1 match, but the Belgian has a worse win/lost map win ratio than his two opponents.

Two weeks remaining before the launch of the Spring 2022 regular season on March 6th at 8 PM CET live on Twitch!