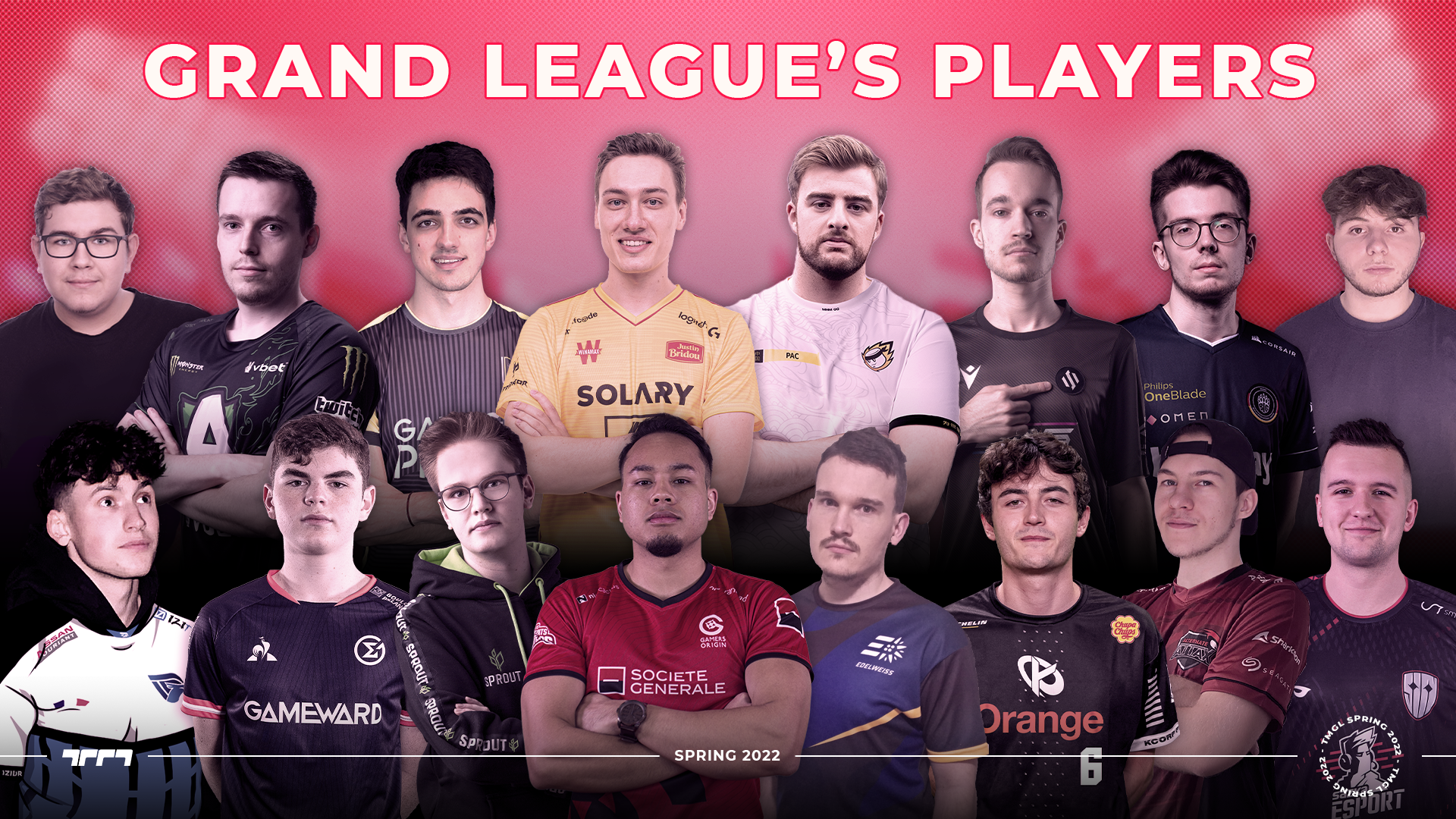 16 players will take part to the Trackmania Grand League Spring 2022 season. The level has never been so high in TMGL’s history, and the new format might shake up the hierarchy! Support your favorite champion and follow his dedicated stream.

Spam & Alliance managed to avoid the relegation stage last season. The Dutch World Champion continues with the Swedish team, and SinasAppel will once again broadcast the competition on Spam’s Twitch channel.

What a dreamy first season for GranaDy and Alternate aTTaX! The wheel player from Germany finished 4th in the regular season and 7th in the Final. Röder and Fibu will be back in the commentary booth to follow GranaDy on the player’s Twitch channel.

Team BDS has renewed their confidence in Affi, who has been one of the most successful players it the last months. World Cup 2021 finalist and last TMGL season runner up, the Swiss will be one of the men to watch this season. Wingobear will follow Affi’s journey on his own Twitch channel!

The German trio BIG-Massa-TrilluXe is back for a new TMGL season! Fall 2021 was a great competition for Massa who qualified himself in Final for the first time. The 27-years-old player should be very competitive with the new racing format, and he will be once again followed by thousands of viewers on TrilluXe’s cast.

Mudda joined Edelweiss a year ago and he managed to qualify himself for the Final for his two firsts TMGL seasons. The Australian penguin will be followed by the former TMGL player Yannex!

Can Gwen and GameWard win the upcoming TMGL season? The French youngster joined GameWard 2 years ago and he is one of the fastest players of the field. More information coming soon about the streaming!

Papou joined GamersOrigin almost 4 years ago and he recently re-signed with the French organization. No change in the commentary booth as Lutti will continue to follow Papou in the Spring 2022 season.

Spring 2022 is the 5th season for Aurel and GAMINGPRIVE.COM who always qualified for the playoffs. Can the French duo do it again? The French organization will continue their partnership with Majijej on the streaming side!

2021 was an amazing year for Binkss & IziDream who played their first TMGL season & World Cup. The French collaboration is back for their second TMGL season with very ambitious objectives. No change on the streaming side, Doflamingoh and Cocow are back in the commentary booth!

bren and Karmine Corp are back for a 3rd season together. In Fall 2021, the French duo failed to qualify for the Final. But the 23-years-old player and his fanbase are very motivated with the new format which suits bren’s driving style. Kameto will closely follow his player on his Twitch channel.

Otaaaq won the regular TMGL:C season with Lille Esport and he will be one of the men to follow this season. At 17, he is the youngest TMGL player and the least experienced, but Otaaaq is improving very quickly. We can’t wait to see what the French duo will be able to do this season! Follow Otaaaq with GGeek on his Twitch channel.

Pac is the reigning champion, and he will be the man to beat more than ever. The Englishman re-signed for another year with MNM after his title. Turbo & Racehans will continue to follow Pac’s performances on MNM’s channel.

For the first time in his career, CarlJr didn’t managed to qualify for the playoffs in the Fall 2021 season. The Canadian player remains loyal to Solary to begin his 6th TMGL season with the French organization. Once again, the stream will be held on Solary’s Twitch channel!

After a season without any organization, Scrapie joins Sprout for the Spring 2022 TMGL edition! The Belgian player finished in the top 4 in the two previous TMGL seasons. Sprout will make their TMGL debut with one of the most experienced drivers of the field! Former TMGL player Matt will stream Scrapie’s journey on the player’s Twitch Channel!

Fall 2021 was the most difficult TMGL season for Kappa who finished 15th. The 2018 World Champion managed to keep his TMGL spot and it’s a fresh start for the Czech player with a new format which suits more his driving style. More information coming soon about the streaming & his organization!

Can mime shine at the highest level? The Polish player is one of the revelations of the year 2021. He almost managed to qualify for the World Cup in June and won the TMGL:C Fall Final. mime is still improving months after months and he might be able to do something great this season!