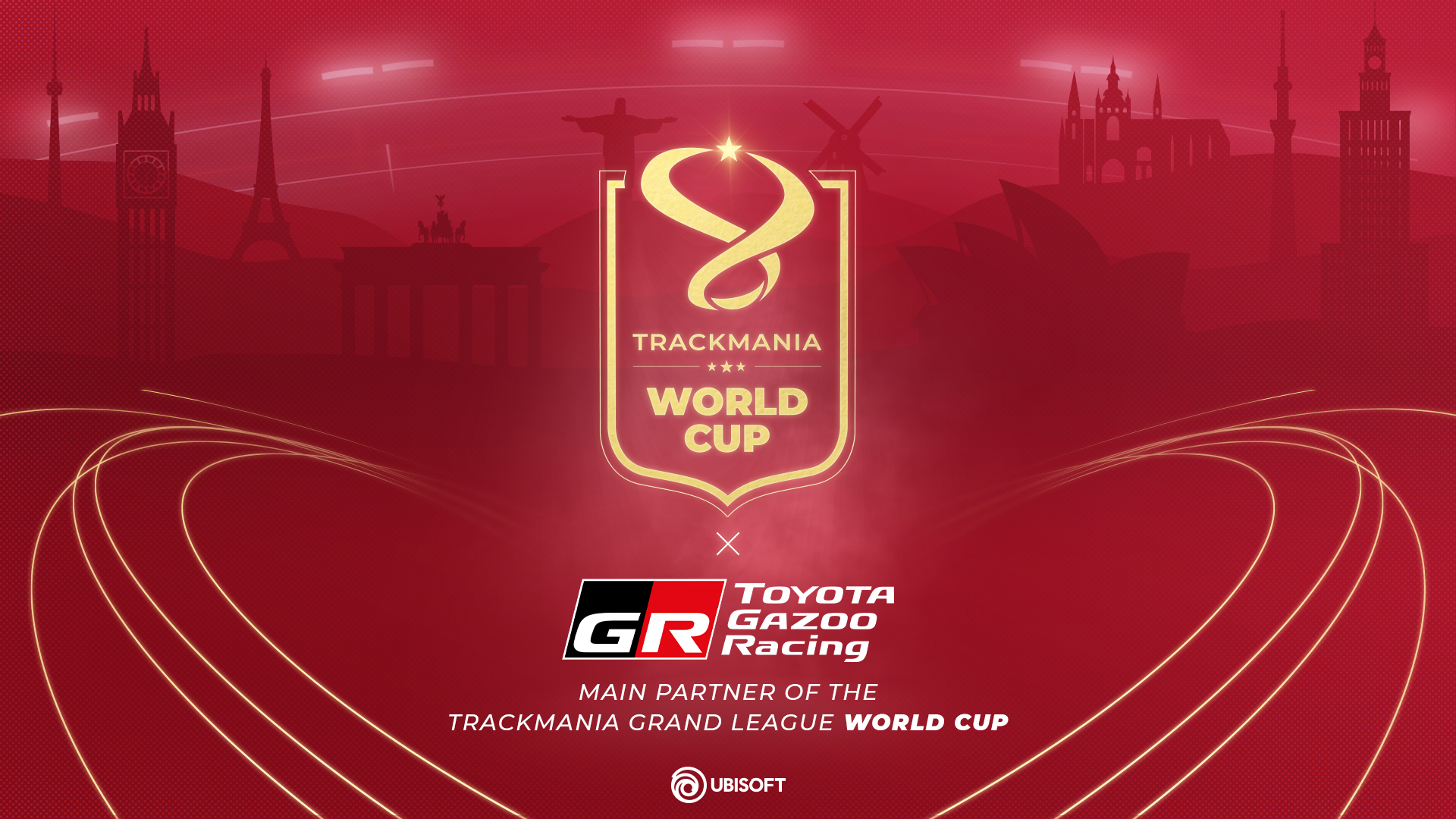 Ubisoft Nadeo is proud to announce its first partner for the Trackmania Grand League World Cup 2022: Toyota GAZOO Racing. The motorsport subsidiary of the world’s leading car manufacturer is now partnering with Trackmania for the most prestigious competition in the game where the world’s top 16 players will compete for the World Champion title.

“It is an honor for us to welcome Toyota GAZOO Racing to Trackmania’s most prestigious competition. Since the launch of the Trackmania Grand League in 2019, our goal has always been to create an environment that is stable in its progression and sustainable over the long term for all players, teams, players and organizers. This partnership with Toyota GAZOO Racing is part of that plan.

The combination of our passion for racing and the art of pushing beyond limits, whether behind the wheel or with a gamepad controller in hand, will allow us once again to bring together these two worlds of sport and esports throughout the 2022 World Cup” said Omar Benabdallah, esport manager at Ubisoft Nadeo.

“With Toyota GAZOO Racing, we are making our commitment to push the limits by building cars that perform better in extreme conditions a reality. This allows us to perfect our technologies for the cars that will be on our roads tomorrow. Through esport, just as through real races, we want to convey the passion of motorsport and make it accessible to as many people as possible, whether it be physical or virtual,” explained Luca Neyroz, Marketing Director of Toyota France.

For the first time since 2020, Trackmania Grand League players will be gathered in one place, in the legendary Stade de France, Saint-Denis, France where €20,000 will be shared between top players! The final stages of the competition will be played on stage, in front of over 315 spectators in the auditorium of the Stade de France in addition to the tens of thousands of viewers around the world gathered live on Twitch!