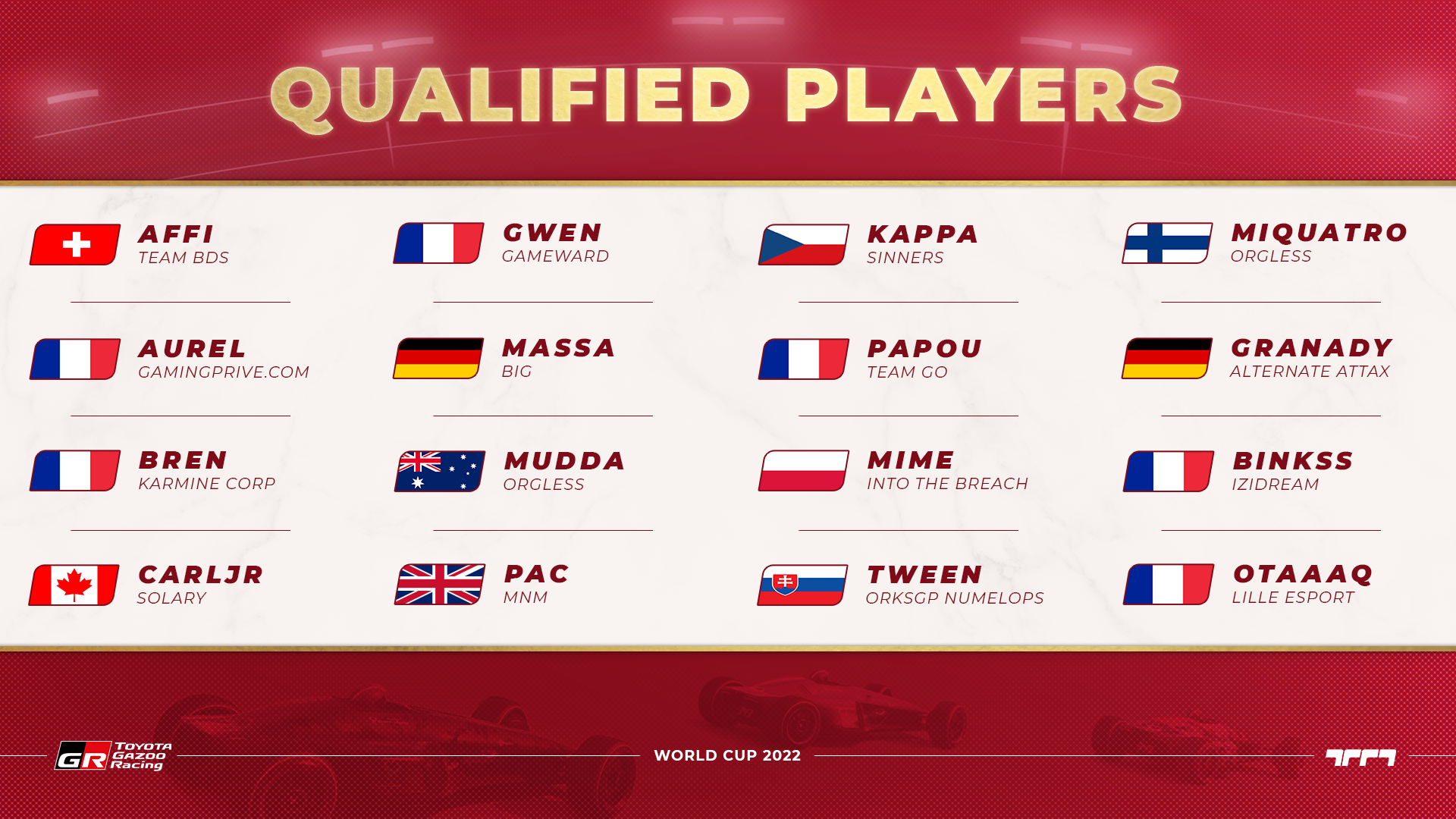 We already knew 8 of the 16 players who qualifies thanks to their TMGL results, the entry list is now complete with 8 new players who won all their qualifier matches. Congratulations to Binkss, GranaDy, Kappa, mime, MiQuatro, Otaaaq, Papou and tween who will travel in Paris for the Trackmania Grand League World Cup main event!

There isn’t any big surprise, as 6 of these players are current TMGL participants, and the 2 others are former TMGL players. Nevertheless, it is a very first participation in a Trackmania World Cup for GranaDy, mime and Otaaaq!

Groupstage phase will be played will take place backstage at the Stade de France, but all the matches will be fully broadcast on Twitch!

The playoffs will take place on July 3rd in the Stade de France Auditorium, in Saint-Denis. Two semi-finals and the Grand Finale of this Trackmania Grand League World Cup 2022 will be played on stage, in front of 315 spectators. Tickets are still available on https://www.stadefrance.com/en/ticket/trackmania!