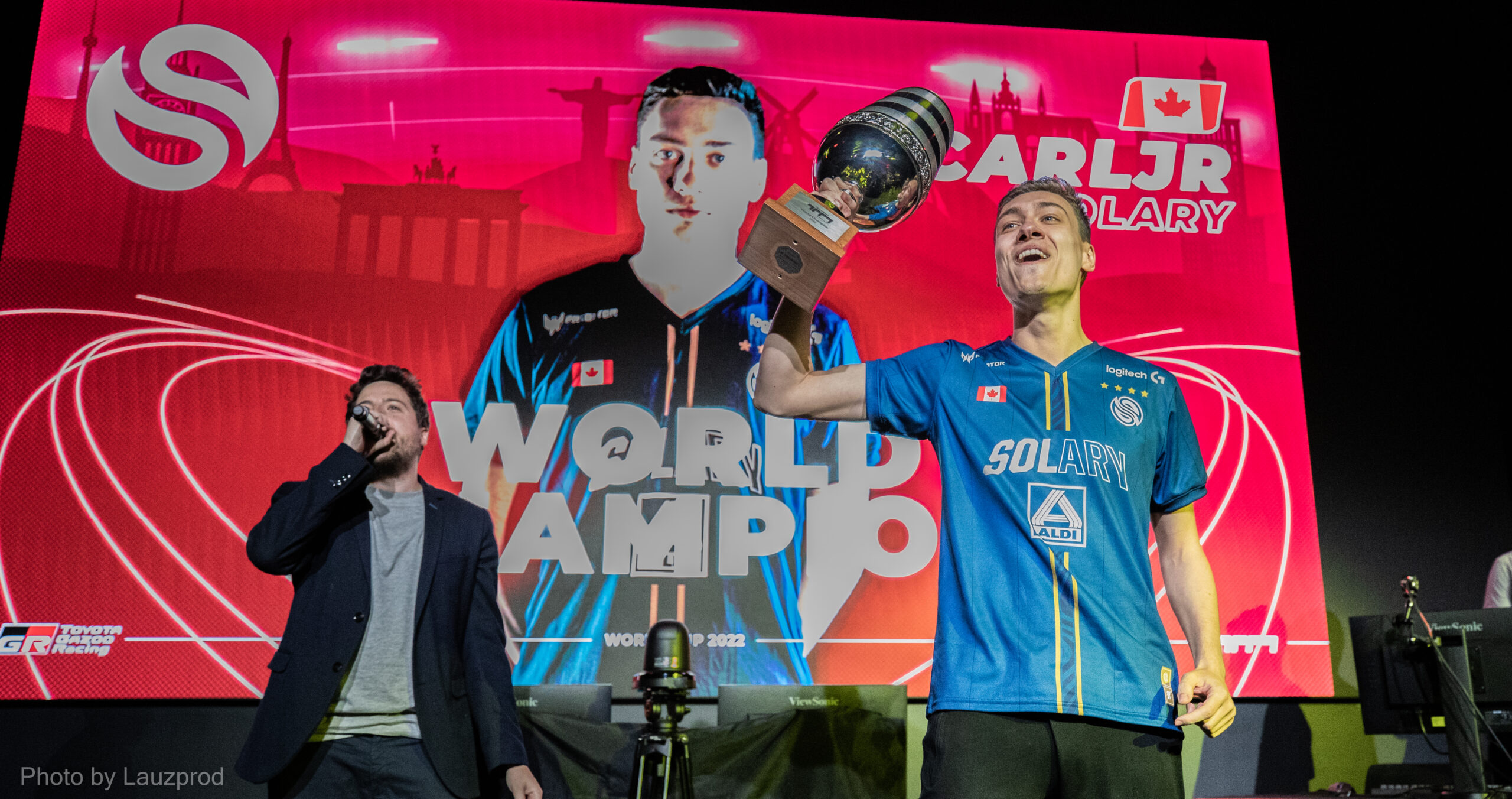 CarlJr is now a 5-time Trackmania World Champion. The Solary player won all of his 10 matches at the Stade de France (8 group stage matches, semi final and the grand final) and keeps his world champion crown.

CarlJr managed to beat the new generation in the grand final: for their first Trackmania World Cup, mime is second while Otaaaq finished 4th. It was also the very first offline event for Mudda who managed to conclude the top 3!

The first TMGL offline event since 2020

The Trackmania Grand League World cup also was the first offline event in the TMGL circuit for more than two years (TMGL Winter 2020 playoffs in Lyon). This year, the 16 World’s best players met in Stade de France, Saint-Denis near Paris for 3 intense days of competition. Group stage phase took place July 1st and 2nd in a room dedicated to the event where only players and organizations’ staff had access to it. Only top 8 qualified for the final day of the event.

The World Cup 2022 also concludes the TMGL 2021-2022 circuit. We would like to thank every single person who took part to this circuit in one way or another: players, organizations, streamers, viewers… Also, a special thanks to TOYOTA GAZOO Racing and the Stade de France who have joined the journey for the Trackmania Grand League World Cup 2022.