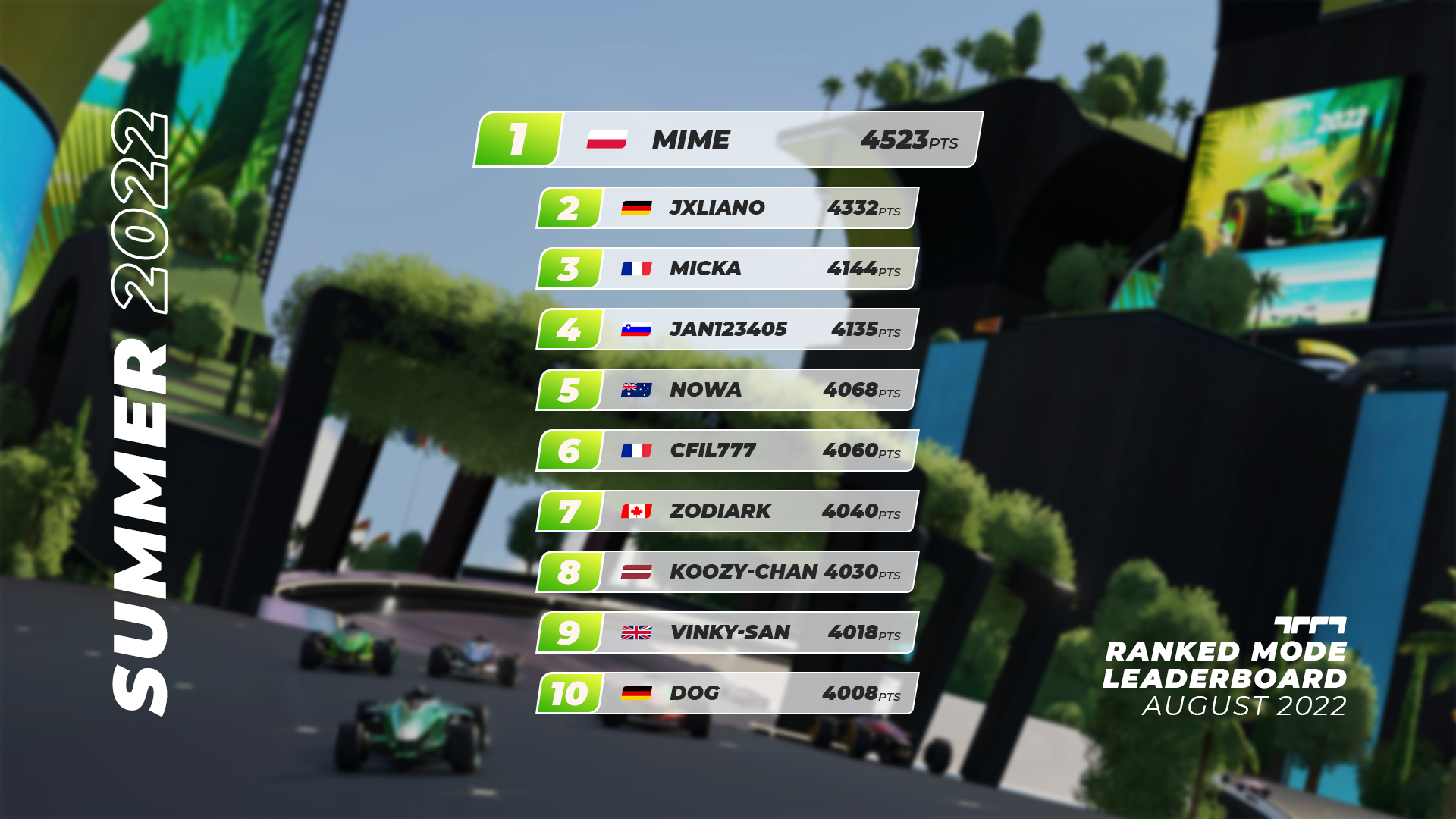 The Polish player mime topped the August 3v3 Ranked game mode with 4523 points. Also, the waiting time for matchmaking has been improved.

Jxliano from Germany and Micka from France complete the monthly podium in Ranked 3v3. They are particularly successful on this season’s maps as they had already finished in the top 10 last month. In the campaign’s leaderboard, Micka is currently 12th and Jxliano is 30th.

This month, 13 players from 10 different countries have surpassed the 4000 points mark in the 3v3 Ranked gamemode. Each Trackmania player will receive trophies according to their rank, and points for players who are at least ranked Gold I are reset following this rule:

Also, if a player hasn’t played any match in the past month, the player will lose a rank (only if they have more than 2000 points).

We recently worked on the improvement of the waiting time in matchmaking game mode without any impact on the games’ quality. We have already seen significant results and here are some examples of the waiting times before and after this change. We compared the evenings of August 8th and August 25th, between 20:00 and 23:59 CEST (about 900 matches played each night).

Summer 2022 season ends in a month

This is the last month with the 25 maps from the Summer 2022 season, which are also used in the Ranked 3v3 game mode.

At the moment, Shcr is leading the campaign’s leaderboard with 377,762 points. The Frenchman has a solid lead over Hobbit (211,111 points). Shcr already set 6 world records (26% of the campaign) and a total of 12 top 3 times (48% of the campaign)! We also find the very first campaign winner (back in Summer 2020) in the top 10, as Hefest is currently 9th with 93,333 points. As a reminder, nobody succeeded to win 2 different official campaigns to this day, with 8 different winners in 8 seasons. Will Shcr be the 9th different winner?