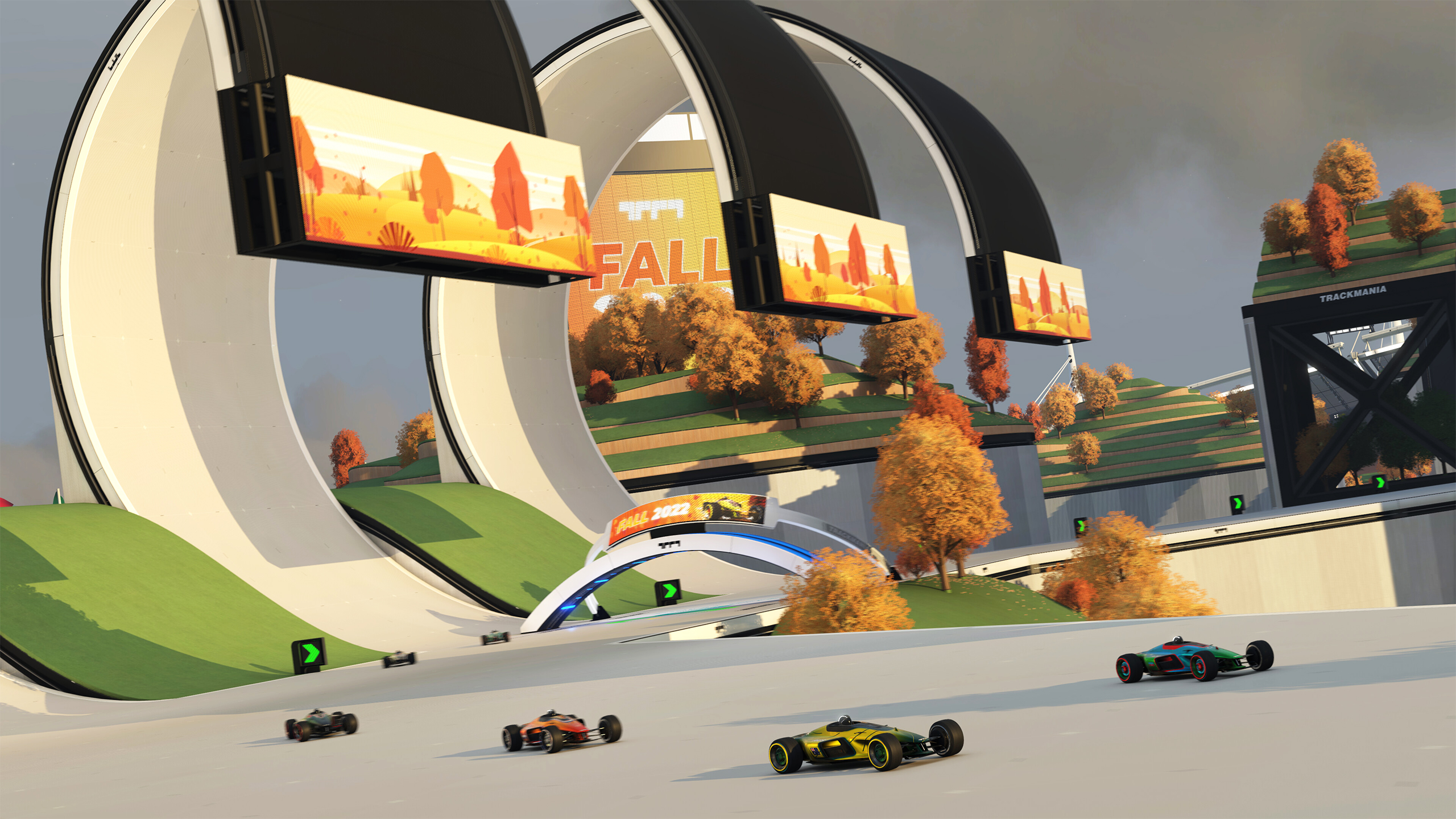 The Ranked 3v3 gamemode will evolve in the coming months. We will start some new experiments specific to this gamemode to improve your experience while playing it!

The Ranked 3v3 gamemode has already evolved since the gamemode launched in its beta state in February 2021. In late August 2022, we improved the waiting time in matchmaking without having any negative impact on the games’ quality.

Beginning on October 1st, we will start trying some new things specific to this gamemode to improve the experience for all types of players, from beginners to long time Trackmania players. We’re also working on voice chat, which will be available in the near future in a beta state for matchmaking squads!

We will try to extend the Ranked 3v3 season to 3-months long. Since the beginning of 2022, every month we applied soft resets for all players who had more than 2000 points. We plan to remove the monthly soft reset starting on November 1st and replace it with a 3-month long matchmaking season to be in line with the official campaign.

With a longer season, we also need to adapt the reset applied at the beginning of the season. For now, there isn’t any change in the formula determining the gain and loss of points and ranks levels stay the same.

Here is the reset formula which will be effective on October 1st:

Also a new immunity formula is created to the Gold, Master & Trackmaster ranks to reward regular activity in the matchmaking gamemode. These formulas are also subject to change while we try to find the right balance for every Trackmania player.

When a player reach the Gold I rank, they are credited with 15 intial immunity days. 15 days is also the maximum immunity days for a player in Gold divisions. It means, a player is able to be inactive in the Matchmaking gamemode for 15 days before receiving a penalty. In Gold ranks, this daily penalty is 10 points a day. Everytime a Gold player plays a Ranked 3v3 game, they gain an additional day to their immunity days collection, with a maximum of 15 days.

This formula is also adapted to Master & Trackmaster players, with an initial and a maximum immunity of 7 days with 0.25 immunity day gained at every game played. Daily penalty is 40 points in these top ranks.

A Gold player will never lose any point by playing 1 game a day when a Master/Trackmaster player needs to play 4 games a day to keep their immunity.

The changes regarding the Ranked 3v3 gamemode are not definitive and could be reverted at any time.

Your feedback about these changes is welcome on the official Trackmania forum! We will also keep you updated on the Trackmania Twitter when we apply some of these changes in the different matchmaking formulas.