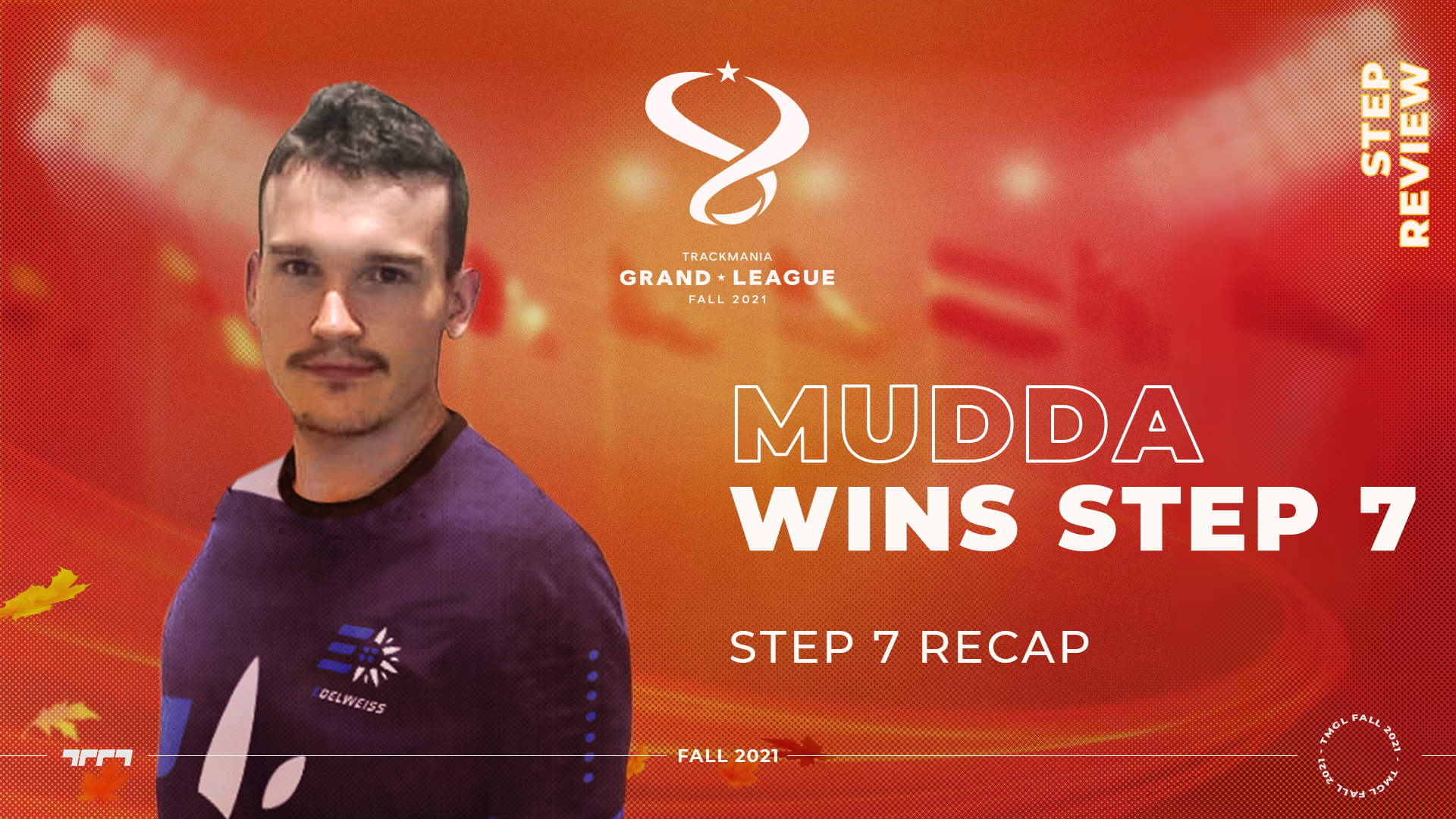 First step win for Mudda who scores important points for the top 8 fight. Many players outside of the top 8 scored big points this week, the ranking is closer than ever!

What an amazing performance for Mudda who won his very first TMGL step. The Australian player scored 295 points, beating Aurel on the line in the x5 round. Mudda is now 3rd in the general ranking with 825 points.

Affi keeps the lead with 928 points. The BDS athlete is closely followed by GranaDy (910). Both players secured a x2 multiplier round win to stay on front of the field.

Aurel is 4th with 819 points, only 6 points behind Mudda. The GAMINGPRIVE.COM driver missed the multiplier in Step 7.

Step 8 will be the last step of the Trackmania Grand League Fall 2021 regular season. At the end of it, top 8 players will be qualified for the Final on December 19th. A 9th spot will be given to the winner of the Final Chance (December 12th).