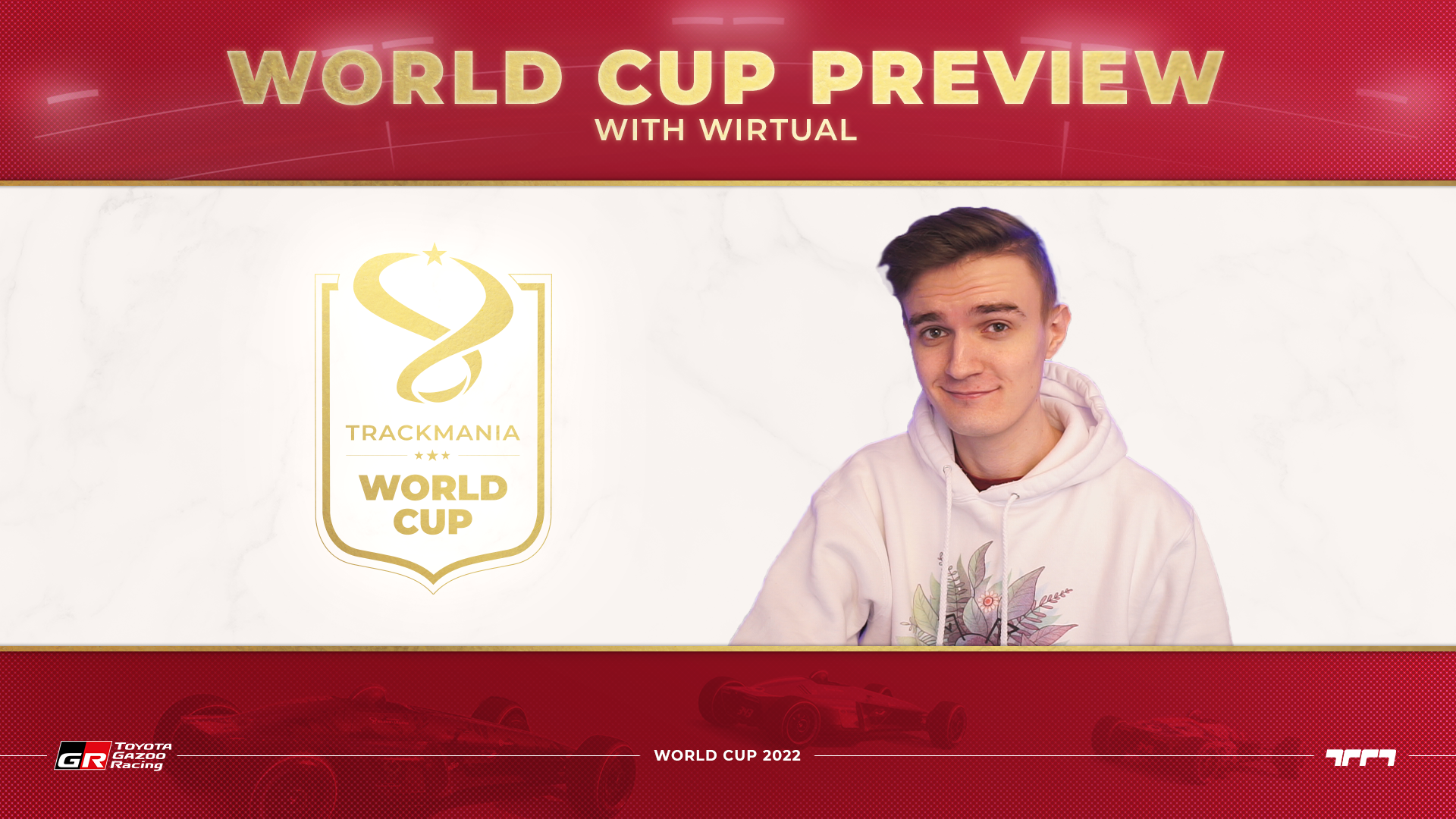 Like last year, Wirtual will follow the entire Trackmania Grand League World Cup 2022 as a global caster. A few hours before the kick-off of this 13th edition, he gives us his point of view on the competition.

Ubisoft Nadeo: What do you expect for this Trackmania Grand League World Cup 2022 ?

Wirtual: I think World Cup will be the most exciting one yet. I feel like we say that every year, but players just keep getting better. Out of the 16 players competing, there are 3 prior world champions competing and 3 prior grand finalists in the mix. Throughout the Fall and Spring seasons we saw players like Affi and Mudda rise to the top and contest the favorites. We’ve also seen some incredible performances out of TMGL rookie players like GranaDy, mime and Otaaaq. There are so many great storylines to follow coming into this competition, and I think we can expect some of the highest level Trackmania we’ve ever seen.

UN: CarlJr. is the reigning champion, is he the favorite this year?

W: CarlJr. is the man to beat. He is the reigning champion, and he has 3 other world championship wins on record. I remember as we were preparing for casting the finals of World Cup last year, we were informed that CarlJr. had beaten the world records on all the maps in practice. He was as prepared as can be, and it showed. He is a Trackmania machine.

But that being said, he isn’t unbeatable. Mudda managed to win over him in the TMGL Finals 3 months ago, albeit just by 0.006! Everyone in the field knows that’s what they’re going up against, and that in order to win they have to rise to that level themselves.

UN: Mudda won the TMGL Spring 2022 against CarlJr, but this World Cup is his first offline experience. Can it play against Mudda?

W: Speaking of the sun and its shining. The difference in LAN experience could definitely affect Mudda. CarlJr. (and others) are more veteraned in traveling to events to play. Whereas Mudda has played all his competitive tournaments online up until now. Things are different on LAN. It can be your sitting position, the monitor, your surroundings, the lights, the crowd – it can be hard to get in the zone and play at peak performance. But knowing Mudda, I think he will be able to adapt that challenge.

UN: We have 3 former World Champions (CarlJr, Pac & Kappa) in the 16 participants. Do they have an advantage over their opponents?

W: Mentally they do have an edge over other players. In that they know that they’ve been able to handle the pressure & nerves before and they’ve gotten the confirmation that they can win against the best in the world. As a rookie, I imagine it can be hard to convince yourself that you can beat the likes of CarlJr.

UN: Which players do you think can create a surprise?

W: Personally, I’m really excited to see what MiQuatro can do. Part of it is my Nordic roots that are happy to see a Finn in the top 16. But more so it’s that he’s had a great upwards trajectory in the scene over the last years. Looking at his pace on the World Cup tracks I think he can go far this time.

Next to him I think tween is a player to look out for. He’s been on the podium of 6 World Cups in the past, but never won the tournament. He is hungry to win and I think he may surprise people.

I’m also excited to follow the general battle of the New & Old. The rookies vs the former champions.  Many of the players in the tournament are household names in Trackmania Esports that have been at the top level for almost a decade. Then you have the young, aspiring players who’ve risen towards the top in just the last 2 years. If we were to see a brand-new winner of World Cup that would be magical.

UN: What would be your prediction for the grand final?

W: It’s an impossible question to answer. But my finals prediction will be

Trackmania Grand League World Cup 2022 starts today at 4 PM CEST. You can follow the event live on Twitch to support you favorite player!