Let the show begin with many new Trackmania blocks and items 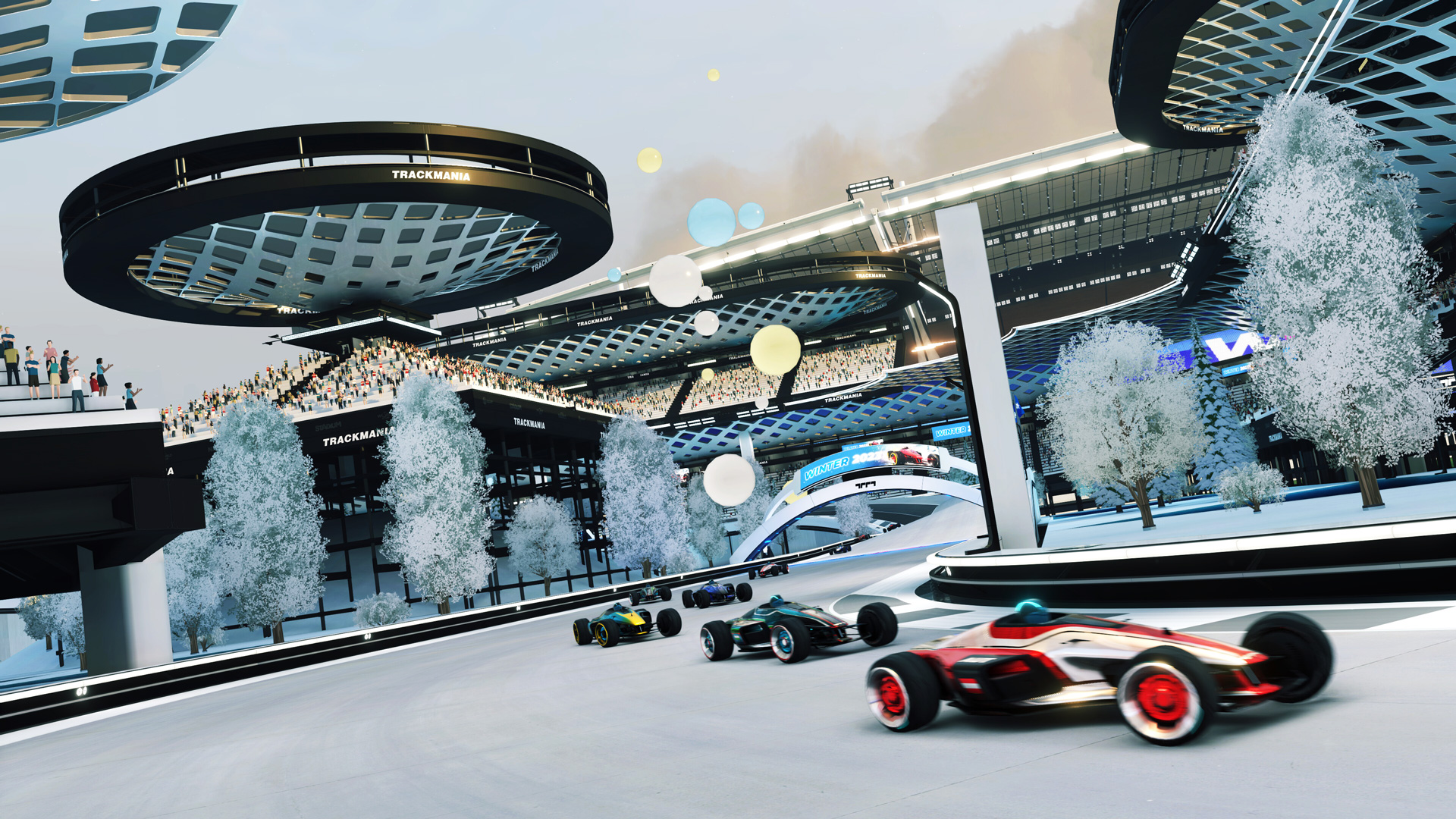 More than 290 new blocks and items are available now in Trackmania with a new show atmosphere! The brand-new prestige skins will join the game from January 1st, as well as a new seasonal campaign!

It’s already Christmas time on Trackmania with more than 290 new blocks and items available now in the track editor. Many new blocks & items around the “show” theme with new lights, new dynamics signs but also some brand-new stages and canopies!

You can switch on your fantasy with the new lights items to create shiny objects. Some macroblocks have been created with different shiny objects, sorted by season (winter’s snowflakes, spring’s flowers, fall’s mushrooms…).

Also, the voice chat is coming in Ranked & Royal squads in a beta state!

The second part of this update will come on January 1st with prestige skins added to the game. These skins can be unlocked by achieving different results, with 3 different type of prestige skins: Seasonal skins, Royal skins and Ranked skins.

Discover the 290+ new blocks and items from now on in the track editor, available with Standard and Club access.